The Effects Of The Thai floods On External Hard Drives

During the last months of 2011 in Thailand, the annual flood season ended up becoming one of the most vicious and traumatic floods in the last one-hundred years. Almost 1000 people lost their lives during the flood, which is considered a major human disaster, however many other areas were also severely damaged, such as the technology and business industries.

It has been many months since the floods in Thailand, but companies all over the world are still feeling the pain from them in mid 2012. Thailand is a world hub for hard drive manufacturers, and during the natural disaster they were severely crippled, which led to huge problems in the production lines and tremendous loss of sales. One third of the entire data storage industry disappeared overnight due to the floods and every major hard drive manufacturer, including Western Digital and Seagate, seemed to be living their worst nightmares. Western Digital is reported to have been forced to shut down up to 75% of their production lines.

Approximately 175 million hard drives are produced quarterly worldwide, and when the floods hit, this huge number dramatically dropped to 120 million. Even companies who do not have their main factories located in Thailand took a big hit in their production numbers. Companies such as Seagate remained operational during the flood months thanks to having their factories elsewhere, but still struggled to meet demand as many of the suppliers they used to get different parts of the hard drive were in the Thailand flood areas. However, as mentioned previously, Western Digital was hit the hardest, and this lead to Seagate overtaking it in the hard drive market share. Seagate claimed almost 40% of the worldwide market share, while Western Digital, former market leader, to plummet to around 22%.

In this modern era of technology, data storage is critically important to most industries, and companies of all walks of life were confronted with serious issues. Even companies that make clothes were affected, as many of them use technology to stitch the designs and clothes together, they require huge amounts of data for the machines to make the clothes and because the hard drive prices doubled, clothes prices also had to be increased. Hard drives are also needed in laptops to save all your high definition movies, in camcorders to record your child’s football match and in games consoles for teenagers to save their progress in games. And to add insult to injury, this all happened just before Christmas, which added further pain to companies all over the world.
Pc makers have resisted increasing their prices and they have absorbed most of the additional costs, however, if the hard drive prices do not fall soon, they will be forced to pass these extra costs on to the customer.
Other services, such as the iCloud, saw a big increase in the amount of users, as people look for ways to store their files. People do not realise this, but the Cloud is like any other storage service who requires an unprecedented amount of storage in their facilities, which made the only ‘winner’ in this whole situation the manufacturers of Solid State Drives (SSD) , who were unaffected by the floods and saw a massive increase in enquiries and sales to such services. These drives are faster and extend battery lives when compared to regular ones, however, their biggest hurdle has always been price, and thanks to the floods, their higher price has become the cheapest price.

Hard drive manufacturers have started to pull themselves together, and have even released numerous new drives in their respective portfolios, including ones with huge storage space, such as the Western Digital My Passport, which comes in up in sizes of up to 4GB. All hard drive prices have finally started to drop slightly, but they are still a long way away from pre-flood prices, and it is predicted that we will not see those prices back again for until at least the end of 2012, if not later. 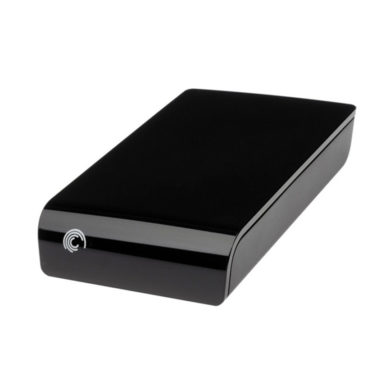